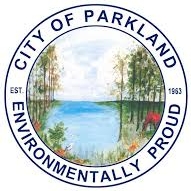 Each year, the City of Parkland holds a commemoration event on February 14 to remember the victims of the 2018 tragedy at Marjory Stoneman Douglas High School.

The event is accompanied by a service project that has benefited from an outpouring of support from the community. In years past, the project was a food-packing event in which hundreds of thousands of meals were packed and sent to underserved areas. That event required putting hundreds of people in a confined space. With COVID-19 concerns, the focus this year has shifted to a virtual fundraiser to build homes in Honduras. The community commemoration event will be held at Pine Trails Park in Parkland. Physical distancing and face masks will be required, and it will be livestreamed and shown on Facebook, Twitter and Instagram.

Food For The Poor is partnering with the City of Parkland for a special virtual fundraiser to honor the victims of the tragic shooting three years ago at Marjory Stoneman Douglas High School. This fundraiser will honor the 17 lives lost by making possible 20 new homes for families living in desperate need. With your support, funds raised will provide homes for families in the community of Buenos Aires located in the municipality of Dulce Nombre, Copán, Honduras. Buenos Aires is an impoverished community where inhabitants can be found living in rusty metal shacks held together by sticks and nails. The dirt floors inside the homes turn to mud whenever it rains, and the promise of a brighter future seems dim.

Honduras is plagued with challenging economic and housing conditions such as underemployment, overcrowding and expensive food costs with nearly half of the country’s population living in extreme poverty. The urgent need in Honduras is exacerbated by the devastation caused by the back-to-back Hurricanes Eta and Iota that ravaged areas of the country and left ruin in their wake.

Please help give hope to a family in dire need by donating toward the cost of a home.

Sign up to volunteer with Food For The Poor.